While it has taken much too long for concrete action steps to be announced, I welcome President Cyril Ramaphosa’s energy plan that was presented to the nation last night. The plan is centered on opening up the electricity sector to Independent Power Producers (IPPs), something that Stellenbosch Municipality has been advocating for, for years.

We have consistently called for the opening up of the sector to IPPs and private sector investment, as this will stabilise the electricity grid and ensure a competitive energy market that is able to keep the lights on. In Stellenbosch, our plans are already well underway to co-generate electricity, purchase directly from IPPs and invest in alternate energy supplies.

In January of 2021, council gave the green light for a scientific investigation and feasibility study to be launched, which put us on the map as one of the frontrunners in co-generating electricity to keep the lights on when load shedding hits. This feasibility study will be tabled in council before October 2022.

In April of this year, we switched on the first sets on solar panels on several municipal properties to ease our reliance on the Eskom grid. We have been actively working to bring as many IPPs as possible on board. It is also wonderful to see that there are already approximately 100 private organisations and residents generating roughly 4 MW of electricity through solar panels in our municipal area. Together with the municipal units, the total now exceeds 5MW. Various schools have also responded and are in the process of installing PV panels.

We will also be following the route of our neighbours in the City of Cape Town to allow commercial and industrial generators to feed as much energy as they can back to the grid. We are tremendously happy that the 100MW limit has been lifted, allowing commercial and industrial generators with the freedom to generate as much electricity as they can.

Whilst we still have a long way to go, great progress is being made. I want to ensure all residents that any decisions taken around our approach will be open for public participation, will serve before open council, and will be made with their best interests at heart. 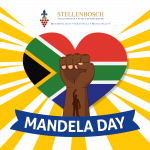