At the inaugural council meeting held in the Stellenbosch Town Hall today, council elected a new Executive Mayor, Deputy Executive Mayor and Speaker for the 5-year term ahead.

Executive Mayor Gesie van Deventer made history when she was re-elected today, by becoming the first Executive Mayor of Stellenbosch Municipality to serve two consecutive terms. “I humbly accept this re-nomination and trust that you have placed in me as your Executive Mayor and pledge that I will continue to serve all our residents with dedication and fairness, whether you voted for me or not. Stellenbosch has, time and time again, been recognised by national government and various independent organisations as one of the best-run municipalities in South Africa. Our aim over the next 5 years must be to cement us in this position and to improve on this even further”, said Mayor van Deventer in her acceptance speech.

Councillor Jeremy Fasser was elected as Deputy Executive Mayor. Councillor Fasser grew up in Cloetesville and says that he is ready to serve all communities of the Greater Stellenbosch region. He previously served as the Mayco member for Youth, Sport and Culture.

Councillor Quintin Smit was elected Speaker. Speaker Smit has been a Stellenbosch Councillor for 10 years and brings a wealth of experience and knowledge to the Office of Speaker. He previously served as Mayoral Committee Member for Safety and Security as well as Infrastructure Services. 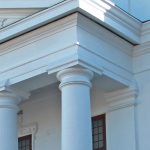 Next:
New Mayoral Committee will get things done