ESKOM MAY LEAVE US IN COMPLETE DARKNESS

Over the past few days, South Africans have again experienced the devastating effect of rolling Eskom blackouts. There seems to be no end in sight to the energy crisis. Load shedding has now been part of our lives since October 2007 – that’s 168 months of blackouts with no solution in sight.

We have also been informed that Eskom’s severe lack of maintenance has put the Stellenbosch Municipality at very real risk of being left in complete darkness. There are three Eskom transformers supplying electricity to our region, but only one is currently in operation. In January of this year, a transformer went offline due to vandalism. Shockingly this hasn’t been restored yet. Two weeks ago, another transformer failed, and left areas without electricity for several hours. This transformer too, is still currently offline. That leaves the entire electrical load feeding our towns on only one transformer. If this one fails, our towns could be left in complete darkness.

Stellenbosch is now in a very risky situation that could leave our municipality, one of the largest economies in the province, with popular tourist attractions and one of the best universities in Africa without power for days or weeks on end. It is unacceptable that taxpayers who contribute to the national fiscus and ESKOM, must endure this.

To make matters even worse, Eskom has had to change their load shedding schedules for our region this week due to the electrical feed currently coming through the one remaining transformer. We were informed that the entire municipal area, apart from Klapmuts, will experience load shedding on the same schedule. This has not happened. At times, load shedding seems to be implemented haphazardly and not according to their schedule. This has caused great losses as businesses and residents are unable to plan around load shedding. We call on Eskom’s management to urgently provide us with –

We simply cannot continue to operate like this. This is precisely why, in January of this year, we announced that we want to invest in alternatives, co-generate electricity and break the Eskom monopoly. We must ensure a more stable and reliable power grid by becoming more resilient – augmenting our electricity supply to keep the lights on.

I want to thank our residents and experts from around the world for the wonderful feedback on our quest to produce our own electricity. All these proposals will be taken into consideration by our scientific partners and a feasibility report will serve before council in the coming months. The report will look into the viability of various proposals, including solar panels, the conversion of methane gas into the much less harmful carbon dioxide, allowing the public to generate electricity and sell this to the municipality and the purchasing of electricity directly from registered independent power producers (IPPs).

The Western Cape Government is also assisting us and appointed two sets of consultants that are currently compiling their own feasibility reports as part of the Municipal Energy Resilience (MER) Programme.

I am excited to announce that our first solar panels will be installed on municipal properties by the end of this year. Even better news is that our research has shown that instead of 400kW of electricity that we initially anticipated, it will now produce around 600kW. Also noteworthy is that we have received a total of 180 individual small scale embedded generation (SSEG) applications from the public for photovoltaic systems (PV systems), commonly referred to as solar panels. The total installed capacity of these projects is estimated to be 3 400kW.

Of these 180 applications, 78 have been fully approved and 32 are already feeding electricity back into the municipal grid. These PV systems, together with our solar panels that will be installed by the end of the year, will be able to generate an estimated 4MW (4000kW). In order for us to keep the lights on during Level 1 or 2 load shedding, we will have to reach a target of co-generating 7MW.

We call on all residents and businesses who wish to apply for SSEG licenses to approach us – contact Victor Dyusha by emailing Victor.Dyusha@stellenbosch.gov.za.

Whilst we still have a long way to go, great progress is being made. I want to assure residents that any decisions taken around our approach will be open for public participation, will serve before open council, and will be made with their best interests at heart. It is important to note that this programme will be implemented incrementally to ensure that it does not place undue stress on our budget.

Once again, I want to thank all residents for their patience and support throughout this process. Know that we are on your side and our main aim is to keep our businesses open as far as possible, to protect jobs and livelihoods. 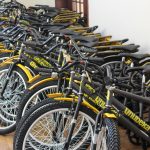 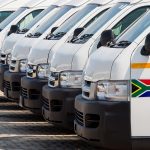