ROOT 44 MARKET – HERE ARE THE FACTS

The municipality is aware that there are several misrepresentations of the facts around the Root 44 development. There are various allegations that are unashamedly baseless, and we deem these as malicious attempts to implement land uses which were not properly applied for or permitted.

In August 2009 a land use application was approved for a tourist facility, presented and qualified as a wine emporium, to serve as a destination to showcase the wine cellars of the winelands, its products and related cuisine.  This approval was only implemented by the developers in 2020.

In August 2012 there was a further land use application for a temporary land use departure to operate a Tourist Facility, which was qualified as a farmers’ market, (The Root 44 market) for a 5-year period.

In 2017, after the lapsing of the 5-year period granted for the Root 44 market, a new application was brought to establish permanent land use rights for the market. This application was approved by the Municipal Planning Tribunal, subject to a condition that the original 2009 approval for the wine emporium is withdrawn and cancelled. One of the main considerations for this decision was the anticipated traffic impact if both the market and the wine emporium was accommodated on the same property. The municipality was also concerned that the activities on the property may evolve to a general shopping mall, which may result in a new and undesirable urban node in this rural area.

The applicant/developer refused to accept these terms and appealed this decision. The Appeal Authority agreed with the decision of the Municipal Planning Tribunal that only one of the two types of developments can be accommodated. The developer elected to choose that the 2009 land use rights for the wine emporium be retained and consequently the land use application for the Tourist Facility, that was qualified as a Tourist Market, was not approved.

It is not an accurate statement that an unqualified Tourist Facility was approved, which would enable the developer to implement the full scope of potential land uses associated with a Tourist Facility. The records on the land use decisions makes it blatantly clear that there has always been a clear distinction between the two types of land uses – for a wine emporium and the tourist market, which are both Tourist Facilities, but significantly different types of land uses.

It is thus clear that this matter has nothing to do with any political party or lockdown restrictions.

The municipality remains committed to creating a conducive environment for jobs and growth and is acutely aware of the possible economic impact due to the unnecessary delays in the operationalisation of the building. The municipality must however operate within the confines of the law and the decisions taken in line with planning and environmental legislation.

We call on the developer  to share the full story with members of the public. 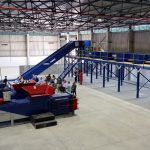 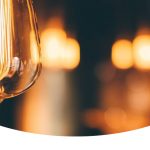 Next:
Working to keep the lights on