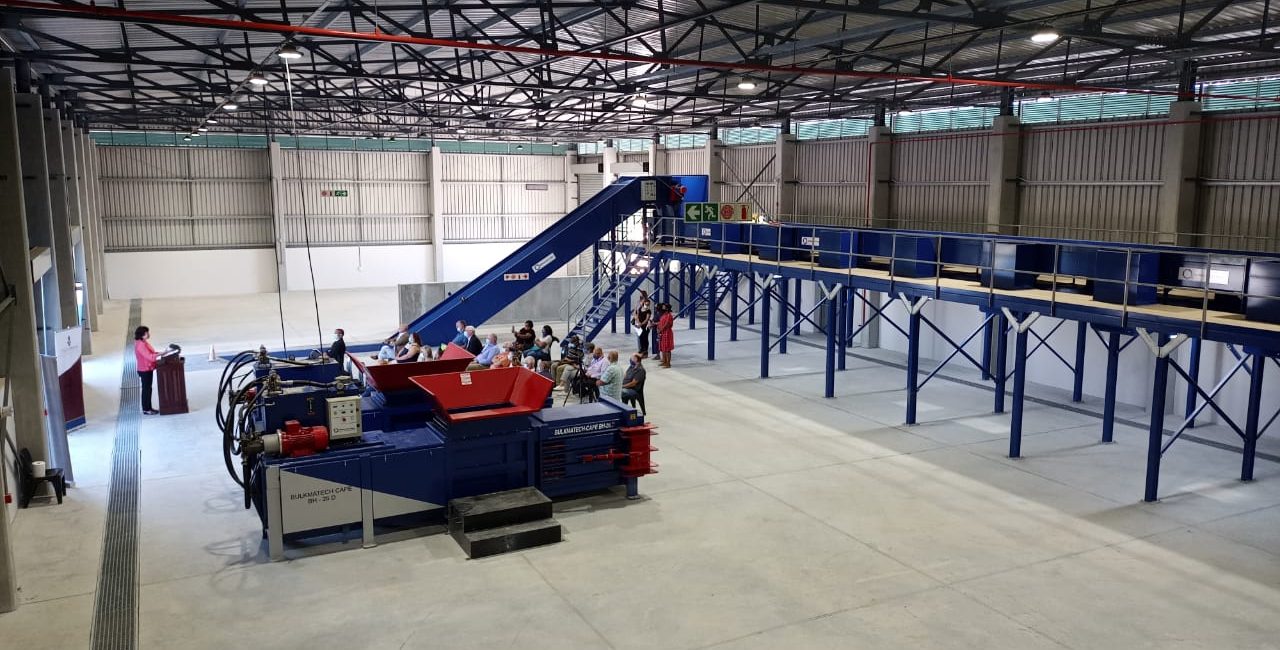 As part of our commitment to becoming a greener and more sustainable valley, our brand new waste material recovery facility (MRF) was launched by Mayor Gesie van Deventer today.

This state of the art facility will serve as a place where recyclables are taken to, grouped, baled and provided to companies for use as raw material in the manufacturing of new products. The sorted recyclables have a much higher value than mixed recyclables and will be easily accepted into the booming recycling market. The facility also features a public drop-off area, which will allow residents to bring garage and recyclable waste to dispose of responsibly.

Landfill sites across the country are filling up, including our own, which reached capacity in 2019. Building new landfill sites is not sustainable or environmentally feasible, as there simply isn’t enough land available to develop new landfills. The Municipality is currently investing in the expansion of our landfill site but we have also shifted our focus on minimising waste to landfill by reducing, reusing and recycling.  Our new facility is part of the process of taking the minimisation of waste to the next level in conjunction with other waste minimisation initiatives. The MRF will allow for recyclables to be handled and processed in Stellenbosch, allowing for faster turnaround times by eliminating the need to travel to Cape Town. At the same time it will provide jobs to our residents registered on the unemployment database.

The activating of the MRF is a significant step in preserving our environment and maximising landfill airspace for future generations. Construction of the facility began in August 2019 and the total budget for the project was R29 million. The MRF has the capacity to process 450 tons of recyclable material per month and will employ up to 40 people once it becomes fully operational, from 1 April 2021.

WHAT YOU NEED TO KNOW:

These waste types are however accepted at our Stellenbosch landfill site.

Next:
Ownership becomes a reality as 77 residents receive title deeds