Home Community, Town News16 Days of Activism: “Speak out – be a voice for the voiceless”

16 Days of Activism: “Speak out – be a voice for the voiceless”

The Executive Mayor of Stellenbosch Municipality, Adv. Gesie van Deventer, today launched the municipality’s commemoration of the 16 Days of Activism Campaign for No Violence Against Women and Children.  This year, our headlines were filled with horrific news of women falling victim to violence and abuse. “2019 could go down in our country’s history as one of the worst years for the safety of women and children – we simply cannot accept the normalisation of rape, abuse and murder,” said mayor van Deventer.

Statistics South Africa estimates that on average one in five South African women older than 18 have experienced physical violence. In most cases, those responsible for the horrific crimes and abuse are known to the victims. StatsSA further estimates that nearly half of women across South Africa are subjected to violence by an intimate partner.

“One in five, that is a shocking number that we can no longer ignore or simply wish away! As a Municipality, we will be advocating our SHARP campaign throughout 2020. SHARP – to See, Hear, Act, Report and Participate in a way that promotes activism every day of the year,” said Mayor van Deventer.

Dr Else Van Der Watt of the Stellenbosch Safehouse conveyed a stirring message of support for the 16 Days of Activism campaign and delivered a first-hand account of what many of the women and children who seek support from their institution go through.

Mayor van Deventer thanked the Stellenbosch Municipality Community Development Department, the various local NGOs, safety partners and community members who work tirelessly all year round to assist those who are faced with violence and abuse. The annual 16 Days of Activism campaign runs from 25 November to 10 December and aims to ensure mass mobilisation of all communities to promote collective responsibility in the fight to eradicate violence and abuse.

“Let us speak out and be a voice for the voiceless – not just over these next 16 days but throughout the year,” said the mayor.
Photos of the event are available on request. 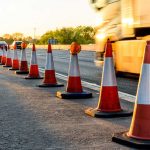