Home Town NewsLoads of successes after first 101 days in office

Loads of successes after first 101 days in office

Today, 24 February 2021, marks exactly 101 days since the swearing in of the new Stellenbosch Council, following the 2021 Local Government Elections.

Over the past few months, a lot of work has been done to ensure that the lives of all our residents are improved. As Executive Mayor, I took the Oath of Office and it is only proper that I reflect on our achievements thus far.

Right at the start of this term, a new Mayoral Committee (Mayco) was announced. This team was chosen for their combination of experience, new ideas, skills, and commitment to serving our residents. The mix of experience with new, younger Mayco members has led to a diverse and dynamic committee that can get things done. All members of the Mayco will also undergo lifestyle audits and have signed performance agreements.

A hugely successful strategic session was held with all new Mayco members and Directors to plan, highlight potential risks, and identify opportunities for growth and development in our towns.

All newly elected councillors were provided with various training and learning opportunities within the municipality as well as through partnerships with the South African Local Government Association (SALGA).

Following Eskom’s announcement of their proposed price increases, the municipality took a bold and definitive stance. I submitted a letter to the National Energy Regulator of South Africa (NERSA) to formally lodge our rejection of the application from Eskom and requested that this application be withdrawn. In addition, I launched an online petition allowing residents, businesses, and other stakeholders to lodge their objection and have their say.

Our quest to become one of the first municipalities in the country to keep the lights on when load shedding hits, is progressing well. The first solar panels will be installed on municipal properties within the coming weeks. The tender was advertised, and the successful bidder has been appointed. A stakeholder meeting has also already taken place. Even better news is that our research has shown that instead of 100KW of electricity that we initially planned for, it will now produce around 400KW. Also noteworthy is that there are already more than 100 private organisations and residents generating roughly 1MW of electricity through solar panels in our municipal area.

We were pleased to be informed that the Auditor General of South Africa gave us a clean audit for the 2020/21 financial year. The clean audit outcome reflects that the municipality maintained a healthy financial position and that all money spent is properly accounted for. The latest audit outcomes marks the 14th consecutive year of unqualified audit outcomes in Stellenbosch.

At an organisational level, the municipality is performing exceptionally well and is in a stable position. The position of Municipal Manager was advertised, following the expiry of the contract of Ms Geraldine Mettler. Ms Mettler was once again recommended as the successful candidate and appointed by Council for another 5-year period. This brings with it great stability at senior management level.

The 2020/21 Draft Annual Report was successfully finalised and made available for public comment. A Public Hearing was also held by the Municipal Public Accounts Committee (MPAC) during which verbal and written submissions were made on the Draft Annual Report

Our Adjustments Budget for the current financial year was successfully tabled in Council and adopted on 23 February 2022, as is legally required.

Council adopted our Roads & Streets By-Law Delegations and Admission of Guilt Fines, empowering the municipality to manage our public spaces in a manner that makes them usable to all. Responsible management of our streets, sidewalks and other public spaces drives urban renewal and ensures that our towns continue to create jobs and attract investment.

We successfully launched our Job Seeker’s Database that is open to any skilled or unskilled person of the Greater Stellenbosch Municipal area. Residents are encouraged to register on this database either via the app, municipal website or by visiting our offices at 127 Dorp Street, Stellenbosch.

The new municipal swimming pool in Cloetesville was opened following extensive upgrades and improvements to the pool, facilities and surrounding area.

The new Tennis Development Centre with 6 new tennis courts were opened in Ida’s Valley. This project was completed in collaboration with World Tennis Foundation and the Ida’s Valley Sport Council.

Twenty-three young people who completed their skills development training courses graduated this week. These are all local young people who were previously unemployed. The training was made available through the Mayoral Youth Skills Development Programme.

Our Community Development Department visited several schools as part of their Back-to-School Programme. In total, 685 Grade 1 learners were reached. The main aim of this programme is to teach learners about road safety, fire safety, healthy living and taking care of the environment.

Our Disaster Management Team once again partnered with the Stellenbosch University student fraternity for their annual social impact initiatives. Hundreds of food parcels were provided to less fortunate individuals through this initiative.

It was wonderful to join in on the Stellenbosch University’s Welcoming Week and Dream Walk, to welcome more than 5000 new first year students. These students now become residents of our beautiful town for the next few years and we wish them well with their studies.

In December, following the conclusion of approval processes between the municipality and the developers of the Root 44 Wine Emporium, a partial Temporary Occupancy Certificate (TOC) was granted to Root 44. This follows the conclusion of a Memorandum of Agreement (MOA) which confirms the type and scope of uses as permitted in terms of the land use approval granted by the municipality in 2009. This was welcome news to vendors, traders, visitors and residents as this facility is a hub of economic activity and attracts investment to our region.

I was saddened to hear about the passing of Professor Jaap Durand on 24 January 2022. Professor Durand, an alumnus of Stellenbosch University and long-time resident of Stellenbosch, was a distinguished academic, theologian, writer, struggle activist and the first Vice-Rector of The University of the Western Cape. He was the latest recipient of the Honorary Citizenship Award that I bestowed on him in July 2021.

In celebration of Random Act of Kindness Day on 17 February, I paid a visit to the Youth Outreach House in Stellenbosch as well as the Animal Welfare Society Stellenbosch (AWSS) in Devon Valley.

I conducted surprise oversight visits together with Executive Deputy Mayor Jeremy Fasser at various sites across the municipality, including Kayamandi, Smartietown and Cloetesville.

In addition, the newly constructed Taxi-Rank in Kayamandi was opened, providing residents with a safe a formalised public transport hub.

The finishing touches are being made at the new Municipal Law Enforcement Control Room that will be opened in the first week of March. The facility is an ultramodern space to which municipal law enforcement officials, traffic officials, disaster management officials as well as other public and private security partners will have access to keep our towns safer.

While there is still a lot that needs to be done, we are making good progress and delivering to all.

By working together, we can and we will get things done! 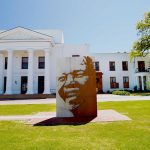 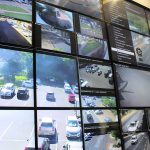 Next:
New municipal control room will create a safer Stellenbosch