A special council meeting was called for Thursday, 14 November 2019 to fill two vacancies in the Stellenbosch Council. On the election of Councillor Nyaniso Jindela as acting Speaker on Monday (11 November 2019), the position of Speaker and Deputy Executive Mayor became vacant.

During his acceptance speech Speaker Jindela expressed his gratitude to his predecessor for the work she has done and said he is looking forward to the new challenge.

Deputy Executive Mayor Petersen said it was a privilege to be elected and will continue to work hard as part of a committed team that is improving the broader Stellenbosch.

The portfolio of Human Settlements will continue as the responsibility of the Deputy Executive Mayor. 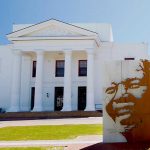 Next:
Title Deeds, an early Christmas Gift for residents